When confronted with the proposition of identifying the differences between variants of the type 9 transmissions, the layman would be somewhat perplexed, as outwardly they appear very similar. Here’s an overview of easily identifiable differences: 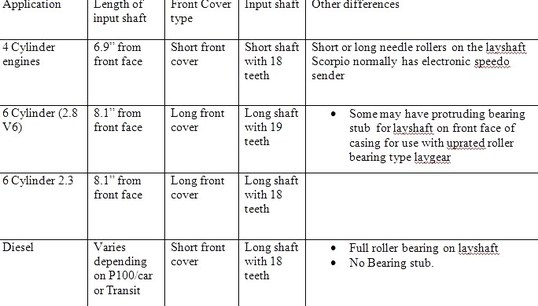 Other differences between early and later Type 9 gearboxes:

The early unit had a single rib running lengthways along the extension/ tailhousing as well as an internal bush. The parts making up this assembly are not interchangeable, as follows: The earlier selector shaft with shorter operating pin has to be used with the early housing.

Obviously for each final drive/ transmission application there will be different speedometer pinion and gear variants.
NEXT PAGE